Guiding the Bobcats to five straight NJCAA Division I Tournament appearances and their first-ever No. 1 ranking in 2021, Missy Bilderback returns for a seventh season leading the JC women's basketball program.

Bilderback guided Jones to a 20-1 record, its first undefeated regular season (16-0) in program history, conference and region championship, and No. 1 ranking in the final 2021 NJCAA Division I Women's Basketball Poll.

The Bobcats outscored opponents by 19 points a game, held them to 54.3 points and 33 percent shooting per contest. Jones was also sixth in the country in rebounding and ninth in free throw attempts.

The five-time NJCAA Region 23 Coach of the Year guided Jones to 23 consecutive wins before a 63-60 setback to No. 15 Western Nebraska in the national tournament.

No junior college program in Mississippi has been able to develop and produce four-year talent like Bilderback and the Bobcats. Thirty-one players have moved on to four-year programs, including 27 of those to Division I schools.

Prior to Bilderback's arrival in 2015, the Bobcats had never advanced to the national tournament. Since then, Jones has won five consecutive division championships, four of the last five conference titles, five straight Region 23 Championships and has made five consecutive NJCAA Division I National Tournament appearances – three Sweet 16's, one Elite Eight – in Lubbock, Texas.

Jones ended the 2019-20 season with a record of 24-4 and No. 10 national ranking under Bilderback, winning a south division and region title, and making the national tournament.

Jones finished 28-3 overall and 13-1 in south division play during the 2018-19 season, riding a season-long 16-game winning streak from November to February. Two of the Lady Bobcats' three losses came to Top 10 opponents in Shelton State and New Mexico JC. Jones finished No. 9 in the final regular season poll.

Bilderback led the Bobcats to a 26-4 record in 2017-18 and the school's second consecutive appearance in the national tournament. Jones also captured the MACJC and Region 23 Tournament championships for the second straight season and were ranked No. 5 in the country in the final regular season poll.

Bilderback guided Jones to a 30-2 record in 2016-17 – a school-record for wins – an MACJC Tournament championship, division championship, the school's first-ever Region 23 Tournament title and first-ever appearance in the NJCAA Division I National Tournament. The Lady Bobcats finished No. 14 in the polls.

In her first season with the Bobcats, Bilderback compiled a 19-7 record and led Jones to both postseason tournaments.

Prior to Jones, Bilderback served as head coach at Presbyterian Christian School in Hattiesburg for 16 years. She was an impressive 482-117 at PCS, leading her team to six MAIS state championships and two MAIS Overall State crowns in 2008 and 2014. Her team was runner-up in the overall state tournament in 2013 and 2015 and she guided PCS to 14 consecutive seasons of 20-plus victories.

She was a point guard at Pearl River Community College in 1996-97 and 1997-98 and was named Best Female Athlete at PRCC in 1998. Bilderback graduated from the University of Southern Mississippi in 2001 with a degree in Coaching and Sports Administration.

She is married to Chip Bilderback, the head football coach at Columbia High School, and the couple have a teenage son, Drew. Pittman spent the prior three seasons at her alma mater, Southern Miss, as an assistant coach and recruiting coordinator on Joye Lee-McNelis' staff. The Lady Eagles won 56 games in that span, including a 23-11 record and berth in the C-USA Championship Game in 2017.

In her first season back in Ellisville, Pittman helped the Lady Bobcats to a 24-4 record, their fourth straight MACJC South Division title and fourth consecutive NJCAA Region 23 championship.

Jones qualified for the NJCAA Division I National Tournament in Lubbock, Texas, for the fourth straight year, but the event was canceled because of COVID-19.

Pittman, who prides herself on recruiting and preparing players for the next level, assisted with all eight graduating sophomores signing with NCAA Division I programs.

It's Pittman's second stint at Jones. She served as an assistant coach to Missy Bilderback for the 2015-16 season, helping Jones to a 19-7 record and an appearance in both the conference and region tournaments.

Pittman was a coach and educator at Petal High School from 2012-15, where she was responsible for the strength and conditioning program and assisted the head coach with practices, games, fundraisers, camps and clinics. She was also a volunteer coach with Southern Exposure, Inc. for two years from 2011-13.

Pittman signed with Southern Miss and was a member of the Conference USA All-Freshman Team in 2006-07. She was a member of the Lady Eagle basketball team from 2006-11 and received her bachelor's degree in Sports Coaching from USM with a minor in biological sciences.

She is a 2006 graduate of Wayne County High School and is the daughter of Frank and Priscilla Pittman. She has two brothers, Blake and Scott, who are both JC accounting graduates. 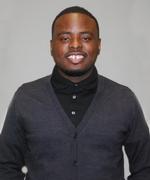 Devin Cooper is entering his fifth season as an assistant coach for the Bobcat basketball program and eighth overall in Ellisville.

The Mount Olive native helps with all aspects of the program, including recruiting and working with post players.

Cooper has coached alongside Missy Bilderback for the past five seasons, one as a student assistant, helping the Lady Bobcats to an outstanding 127-20 (.864) overall record and 63-7 mark in south division play. He also coached two seasons under Sandra Sumrall.

Jones has won four consecutive division championships and Region 23 championships and has appeared in back-to-back-to-back NJCAA Division I National Tournament appearances – two Sweet 16's, one Elite Eight – in Lubbock, Texas. They were scheduled to return to Lubbock for a fourth straight time in March of 2020, but the national tournament was canceled because of COVID-19.

Cooper received his associate degree from Jones and finished up at Southern Mississippi in 2018 with a degree in general studies.

Cooper is also a certified barber stylist and has been cutting hair for seven years, most recently at Kutz by Ray in Ellisville.