Three-time MACJC and NJCAA Region 23 Coach of the Year Chris Robinson returns for a 12th season as head coach of the Jones College softball program in 2021. Robinson also doubles as the Bobcats' assistant athletic director.

Robinson has led Jones to an impressive 449-107 (.808) record, six conference championships, three region championships and the 2018 NJCAA Division II National Championship. He is the third-winningest coach in MACJC softball history.

Dating back to the Bobcats' first-ever conference and south division championship in 2012, Robinson has guided Jones to eight 40-win seasons – unmatched in the MACJC. JC has won 50 games three times, including a school-record 55 wins in 2017.

Behind All-American shortstop and MACJC Player of the Year LP Trammell, the Bobcats finished 43-8 (24-2 south) in 2019 won the conference regular season. JC led the nation in walks (233), ranked third in home runs (79) and slugging percentage (.638) and fifth in runs scored (495). A combined 10 players earned postseason recognition.

JC won its sixth conference title in seven years and third straight region championship in 2018, ending the year with a 54-3 record. Jones boasted the NJCAA's National Player of the Year for a fourth time in five years in Kelsha Loftin and ranked in the Top 10 in the country in 15 statistical categories.

Robinson was named the 2018 NJCAA Region 23 Coach of the Year, while the staff of Robinson, associate head coach Bob Herrington and assistant coach Katie Durham were named NFCA National and South Region Coaching Staff of the Year.

The Bobcats were ranked No. 1 for most of the 2017 season in a record-setting year. JC went 55-4, won its fifth MACJC title in six years and finished as national runner-up. They led the nation in batting average against, holding opponents to a .202 average.

Robinson led the Bobcats to a 50-8 record in 2016, national runner-up finish, Region 23 Tournament championship and the MACJC Tournament title.

In 2015, Robinson guided the Bobcats to a 41-6 record. JCJC was ranked No. 1 for several weeks of the season and was No. 2 in the final NJCAA Division II poll. Lauren Holifield was named the NJCAA Division II Player of the Year and both Tori Dew and Holifield competed for Team NJCAA in the Scotiabank Canadian Open Fastpitch International Championship in Vancouver, British Columbia, in July. Robinson served as Director of Operations for the NJCAA team.

The 2011 Bobcats finished with a 35-15 record and qualified for both the MACJC Tournament and Region 23 Tournament for the first time ever. The Bobcats were ranked as high as No. 17 in the NJCAA poll during the season.

Robinson was an assistant coach for the Bobcats for six seasons prior to being named head coach. Robinson also served as an assistant football coach for 10 years, coaching running backs and serving as an administrative assistant.

Robinson is a graduate of Pearl River Community College. He received his bachelor’s degree in coaching from the University of Southern Mississippi in 2002 and a master’s of science degree from Southern Miss in physical education in 2005.

Robinson is married to the former Carley Blackwell. He has a daughter, Marlee, and sons, Reid and Braden. 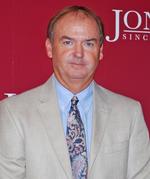 Bob Herrington enters his 13th season as an assistant with the Jones College softball program, helping the Bobcats to seven conference titles in the last nine seasons.

Serving as the associate head coach the past seven seasons and working primarily with pitchers, Herrington will transition to a new role in 2022 where he'll be tutoring catchers in addition to day-to-day softball duties. Herrington also serves as the Bobcats' Assistant AD for Event Management.

Under Herrington's watch, the JC pitching staff has boasted one of the nation's Top 15 earned run averages in eight straight seasons, including a 1.30 ERA and 19 shutouts during the Bobcats' 2018 national championship season.

Herrington has coached five NJCAA All-Americans, including two-time selection Karli Perque, Nia Luckettt, Rachel Hayes, Ginger Lonergan and Samantha Buller. Perque was the 2017 NJCAA Division II Pitcher of the Year and signed with Memphis. She went 47-2 with a sub-1.20 ERA in her two seasons.

At least one pitcher has inked with a four-year program under Herrington since 2012.

JC won the NJCAA Division II National Championship in 2018, ending the year at 54-3. Jones has won seven MACCC titles since 2012 and four Region 23 crowns since 2016. This past season, the Bobcats won the MACCC and Regiion 23 titles and finished runner-up in the national tournament, posting a 47-9 record.

The Bobcats were ranked No. 1 for most of the 2017 season in a record-setting year. JC went 55-4 and finished as national runner-up. They led the nation in batting average against, holding opponents to a .202 clip.

Herrington helped the 2016 Bobcats to a 50-8 record, a runner-up finish in the NJCAA Division II National Tournament, the Region 23 Tournament championship and an MACJC Tournament title. JCJC had a 1.75 team earned average, which was fifth in the nation. Rachel Hayes posted a 29-2 record with one save.

Alongside head coach Chris Robinson, the JC staff has twice been named the NFCA-NJCAA Division II Coaching Staff of the Year in 2016 and 2018.

The 2012 Bobcats were 44-11 and produced All-American pitcher, Ginger Lonergan, and All-Region 23 pitcher, Lauren Candies. They won their first-ever MACJC Championship, MACJC South Division title and made their first-ever appearance in the NJCAA Division II National Tournament.

Herrington began his coaching career in 1986 as girls’ basketball coach at Lamar School in Meridian. He then became a football and basketball assistant coach at Petal High School from 1987-90.

Herrington served as the Dean of Men and head tennis coach at JCJC from 1990-99. The Lady Bobcats were the MACJC and Region 23 champions in 1996 and would go on to finish sixth in the national tournament – the highest-ever finish for a Mississippi junior college women's program. He was selected the MACJC/Region 23 Coach of the Year that season.

The Lady Braves were division champions in 2002, 2003 and 2005. He coached in the 2002 and 2004 MHSAA All-Star games. Over 85 percent of South Jones’ graduating senior softball players were offered college scholarships.

From 2006-09, he served as a principal in the Jones County School District.

Herrington and his wife, Katie, former athletic director at Jones College, have a daughter, Kellie. 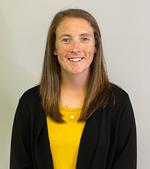 Former Jones College standout Tori Dew was promoted to associate head coach in August 2021 and returns for a third season in Ellisville.

Dew works primarily with hitters and infielders, and the numbers have not disappointed in her first two seasons.

Jones is coming off a national runner-up season in which they ranked in the Top 10 in the country in doubles, triples, home runs and extra-base hits, a big compliment to her work.

Dew, who prepped at Quitman High School, was named the 2014 Dudley NJCAA Division II Player of the Year when she batted .602 with 20 home runs and a 1.111 slugging percentage. She was also an NJCAA Division II First Team All-American, named to the NJCAA Division II National Tournament Team and was an All-Region 23 selection.

As a sophomore in 2015, Dew hit .474 with 15 home runs and 59 RBIs with a .932 slugging percentage. She was named an NJCAA Division II Second Team All-American, All-Region 23 and participated in the Canadian Open International Fastpitch Tournament where she was named to the All-Tournament Team. 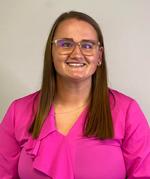 Former Division I softball student-athlete Parker Conrad enters her first season as an assistant coach for the Bobcats.

"I would like to first start off by thanking Dr. (Jesse) Smith, athletic director Joel Cain and coach (Chris) Robinson for providing me my first collegiate coaching job," Conrad said. "I am extremely excited to work and learn from such an experienced and successful staff. I am looking forward to using my softball experiences to teach and help guide our student-athletes to be the best softball players, students and young women they can be. My goals are to equip my players with a level of confidence in their ability to compete and demand the best out of themselves in everything they do on and off the field."

Conrad began her softball career at the University of Missouri and appeared in 19 games as a freshman. She pitched in 22 games her sophomore and junior seasons at Oklahoma, helping the Sooners to back-to-back Women's College World Series appearances, before ending her career at UAB.

In 126.2 career innings in the circle, Conrad was 8-7 overall with two saves and punched out 130 batters. She had 80 strikeouts in her senior year at UAB, second-most on the team, and was named to the Conference USA Commissioner's Academic Honor Roll and C-USA Pitcher of the Week.

Prior to her collegiate journey, Conrad played high school ball at Winter Park. Beginning varsity play as a freshman, she helped guide the Wildcats to a district title and earned team MVP honors as a sophomore. A year later, she averaged 15 strikeouts per game as a junior.

"We are thrilled to have someone with Parker's experience join our coaching staff," head coach Chris Robinson said. "She will bring tremendous energy to our program. The experience she brings to our program in the circle is unmatched. She has been under the tutelage of some of the best pitching coaches in the country and I look forward to her instilling that into our pitchers."

Conrad graduated with a bachelor of science in sociology from UAB this past spring.