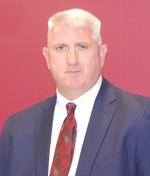 One of the state's most highly successful prep basketball coaches is coming to Jones College.

Newton Mealer, who has guided Center Hill High School in Olive Branch for the past 12 seasons, was introduced as the 17th men's basketball head coach at Jones College on May 20.

"It's been a long time coming," he said. "I played basketball at the University of Southern Mississippi and I'm excited to be coming home. I've worked my whole career to get where I am today and I think my résumé speaks for itself."

"Jones is a special, special place and I've said that from the beginning. I'm coming from Center Hill High School and that's a well-known name at the high school level. But this was just an opportunity I could not pass up for two reasons: Family and being back close to Southern Miss and I think that's also a very special place. On behalf of my family, thank you for giving me this opportunity. This was an unbelievable search process. You have leaders at the top who really care about student-athletes at Jones. This search committee was thorough."

Mealer replaces Randy Bolden, who resigned after four years at Jones to become the head coach at Mississippi College.

Mealer played at Southern Miss under longtime head coach M.K. Turk from 1989-93. He helped the Golden Eagles to two NCAA Tournament appearances and Metro Conference regular season title. Southern Miss ranked as high as No. 9 in the AP poll during the 1991 season.

At Center Hill, Mealer guided the team to its first 5A MHSAA championship in school history in 2019 and a state runner-up slot in 2020. This past season, the Mustangs were the District 1-5A champions and made it to the 5A MHSAA Elite 8.

He was named the Jackson Clarion-Ledger, USA Today, MHSAA and NFHS Mississippi Coach of the Year following the championship season and served as the North head coach for the Mississippi All-Star Game in 2020.

During his time at Center Hill, he produced over 65 Division I, II and II and junior college players.

Prior to Center Hill, Mealer served as head coach at Germantown (Tenn.) High School for four seasons. He was named 15AAA Coach of the Year in 2008-09 and led them to 24 wins that season, a school record. At Germantown, he coached one player who made it to the NBA – Ian Clark with the Golden State Warriors.

From 2001-06, he was the head basketball coach and athletic director at Lighthouse Christian School in Tennessee, building the program from the bottom up. He led the program into the TSSAA, took the team to its first regional tournament, set a record for wins with 22 in 2004 and was named District 1 Coach of the Year in 2002 and 2003.

After graduating from Southern Miss, Mealer was in the NBA Summer League in 1993 and 1994, playing with Atlanta and Los Angeles.

He was the owner/manager of Newton Mealer's "Hoop It Up" Basketball Camp from 1994-2009. He organized and ran youth basketball camps throughout the city of Memphis.

Mealer served as head coach of the Memphis Raiders AAU program from 2008-14, leading them to a national championship in 2011 and a runner-up spot in 2012.

Mealer graduated from Briarcrest High School in Memphis and was inducted into the school's Hall of Fame in 2013.

He is the school's all-time leading scorer and rebounder and was a McDonald's All-American Team nominee from Tennessee. He was the Memphis and Shelby County Player of the Year, averaging double figures in points and rebounds and he served as a 3-year captain.

Mealer played on a team that represented the USA in Europe, Austria, Finland and Czechoslovakia. The team won the World Championship Gold Medal.

Mealer and his wife, Jenny, have three children: Jake, Kurt and Hope. 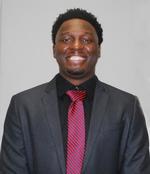 In the last full season in the MACCC, Jones won the south division and finished as both the conference and region runner-up.

Nixon has help develop 19 players who have signed at the four-year level, including players to Georgetown, Louisiana and Southern Mississippi.

Nixon played the 2010-11 and 2011-12 seasons at JCJC and is a 2010 graduate of Heidelberg High School, where he was a four-year starter. He earned All-District Awards, was named the team's Most Valuable Player and was one of the state’s top scorers as a junior, averaging 26.5 points per game.

At JCJC, he was a two-year starter, averaging 11.5 ppg as a freshman and 14.5 ppg as a sophomore. He started in the MACJC All-Star Game after his sophomore season. He then had a successful two-year stint at William Carey University.

During two years at Carey, Nixon was a key member of back-to-back NAIA National Tournament teams. As a junior, he averaged 14.9 ppg, 3.4 rebounds per game and was a starter on a national tournament team and earned All-Southern States Athletic honors.

As a senior, Nixon averaged 13.5 ppg, 3.2 rpg, 2.3 assists per game and helped the Crusaders to the SSAC championship. He earned All-SSAC honors and was named as the conference’s Sixth Man of the Year.

Nixon received a bachelor’s degree in Health, Physical Education and Recreation from William Carey and also obtained his Masters of Education in Interscholastic Athletic Administration in 2019.

The Heidelberg native was married in May 2019 to the former Quentisha Jones, an HR partner at Southern Miss.

Luke Chapman is beginning his first season as an assistant basketball coach at Jones College.

The Memphis native played for current Bobcat head coach Newton Mealer at Center Hill High School. As a senior in 2013, Chapman was named District 1-5A Most Valuable Player and led the Mustangs to their first district championship.